OK so your phone screen calibration stopped working and its affecting the usability as a result of a drop or some other impact or the thing just chose to be unfortunately unfortunate. Shit they say, happens.

Try these few itemized steps of mine to correct the situation; For starters Make sure that your hands are clean and dry, then try these steps:

Before rushing into any other troubleshooting procedure, restart your Android phone or tablet to fix software glitches that may prevent the screen from functioning. To restart android device with touch screen not working:

Sometimes, faulty memory card or SIM card should take the blame. Therefore, power off your device (keep holding power button if the screen is totally unresponsive) and then remove the back cover of your device and take off memory & SIM card;

Reboot the device and see if the problem is gone.

If the touch screen is completely unresponsive, factory resetting the device in Recovery Mode may help. However, this will delete all data in your Android device, including downloaded apps, photos, messages, contacts, etc. Therefore, use this as the last resort and if possible, have a backup to your Google account beforehand.

There are apps in Google Play Store that can calibrate your phone/tablet touch screen and improve its accuracy and responsiveness. These apps are especially helpful if your touch screen respond too slow or inaccurately. Type “touch screen calibration” on the search bar in Play Store and you should get quite a few results. Read the reviews carefully before download.

If you are not engineering savy and cannot use the mobile phone repair kit please do not read beyond this paragraph;

While you can get a screen calibration film from Computer village, your local phone spare part shop, Amazon, iFixIt,AliExpres or elsewhere, doing it yourself is often less expensive than having an engineer just replace the film for you, remember you’ll need those sets of tiny screwdrivers and a fair amount of patience for the job.

For Most Samsung and iPhones, the caliberation comes afixed with the screen and so if you’d have to change the calibration then you’d be changing the screen too, that explains why they are awfully expensive. Techno,Infinix,Itel,Huawei and Gionee on the hand mostly comes with a detachable calibration film affixed to the screen.

Remove the back cover and take out the battery, sim and memory cards.

Look around for screws and unscrew all of the joints.

Open the back carcass after unscrewing all joints.

Look through to see which one connects to the film and subsequently take the flex out gently and remove the calibration film to be replaced with the new film you got off your local mobile spare part store or on amazon or on Aliexpress.

Put back the carcass, screw all joints, insert the battery and put on the phone.

calibrationDiyphonetouchscreen
Prev post Reviews - All Is In Order × Don Jazzy ft, Rhema, Korede, DNA and Crayon
Next post Saliva Is not a lubricant, do not use it during sexual intercourse | @Vibrantdvick 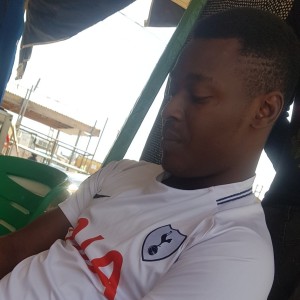